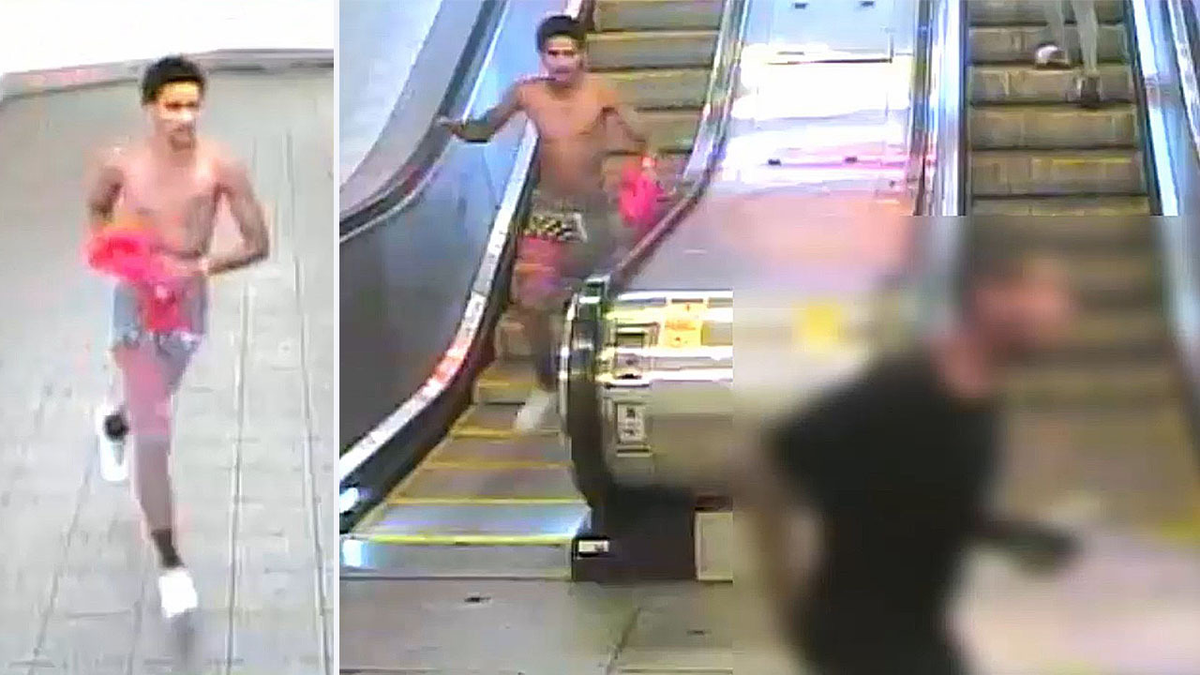 A man was stabbed in the back at the Yankee Stadium subway Sunday afternoon and police are searching for a suspect caught on video fleeing the station.

New York City police officers responded to a call around 1:30 p.m. regarding a stabbing inside the 161 St-Yankee Stadium subway station.

Officers determined that a 33-year-old man was riding an escalator when an unidentified man stabbed him with an unknown object in the back.

Police said the victim sustained a puncture wound and was transported by EMS to Lincoln Hospital in stable condition.

The male suspect fled on foot out of the subway station. Surveillance video released by police shows a shirtless individual running through the station.

Anyone with information on this incident is being asked to call the NYPD’s Crime Stoppers Hotline at 1-800-577-8477.

This is a developing story. Check back for updates.

No comments to show.